(Fort Wayne, IN 2023) – Having started his musical journey at the age of 7, Tony Marino is now an established pianist with more than 19 albums released to date, along with many achievements and accolades to his name. He has now announced his 2023 album titled ‘Tony Marino Original Piano Pieces’. Due for release on January 9th, 2023, the new album is one of Tony’s most personal records to date. Featuring 16 original tracks in total, 12 of the pieces are original compositions created for the album, along with 2 remixes and 2 re-recorded bonus tracks.

Tony Marino’s new 2023 album is a major milestone for him, as it signifies the start of a year full of exciting musical ventures and performances. The new album features original and deeply personal compositions that were inspired by things near and dear to Tony. Be it taking pride in his Latin heritage, commemorating his musical mentors, or sharing his personal stories through music, the new album is a complete musical catharsis that is bound to take listeners on a journey.

Music reviewer Amelia Vandergast shared: “The standout single, Cardinal Drive, is a cinematically rich composition that sets a debonair tone throughout the enlivening score, which simultaneously emanates a sense of melodic ease as Marino works through his globally respected signature flair across the ivories. With reverence for a myriad of genres from across the world, the instrumental piece refuses to fit in a monocultural mold as Marino seamlessly shifts through a flurry of time and key signatures. In a frantically paced world, Original Piano Pieces flows with a tempo that will efficaciously compose the soul.”

Having released his first album in 1997, Tony’s work has been met with both critical acclaim, and love from listeners. Ever since then, he has been fully dedicated towards exploring his signature sound and taking his listeners along with his musical evolution. Having worked with notable musicians and artists throughout his career, the new ‘Tony Marino Original Piano Pieces’ album presents Tony’s work in its most raw and personal form.

More details about Tony Marino can be seen at https://tonymarino.us. 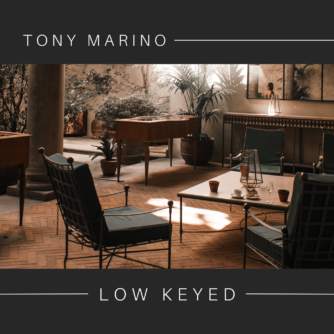 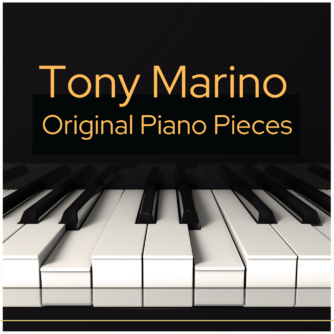